In Mississippi, there is one abortion clinic remaining to serve the state’s roughly 1.5 million women and girls, and an unknown number of transgender and non–binary people who also need care. But the Mississippi Reproductive Freedom Fund in Jackson recently stepped up to support their state in a unique way—by pooling $12,000 and purchasing a house. 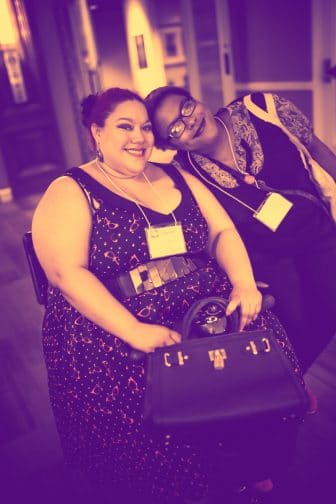 Mississippi is one of many rural states that has seen its reproductive health clinics offering abortion care  decimated by TRAP laws. These medically unnecessary, expensive hospital requirements that have forced innumerable abortion clinics, many of which have very limited funding, to shut down, were ruled unconstitutional by the Supreme Court in June 2016 — but not before dealing a severe blow to abortion access throughout the South and Midwest. We’ve seen abortion access activists take on TRAP laws, or the targeted regulation of abortion providers, and their disastrous consequences for patients and providers in a variety of ways, from lawsuits to protests.

As a result, people seeking abortion in Mississippi face the burden of not only paying for the procedure, but also for the fees involved with traveling a great distance to the state’s only clinic based in Jackson. After all, abortion restrictions and barriers to access have been shown to have virtually no effect on total abortion rates, merely serving to burden, shame and even endanger those who will likely have an abortion anyway, regardless of the challenges they face.

People in Mississippi seeking abortions struggle to find places to stay due to the state’s 24-hour waiting period requirement for the procedure, and some with family in Jackson fear explaining to their families why they need a place to stay. Others must travel with their children and struggle to find childcare.

While many funds book bus and plane tickets, pay for hotels, and organize volunteers to drive and house traveling people, the Mississippi Reproductive Freedom Fund house is unique in a network of abortion funds that work creatively to overcome logistical barriers to abortion access. Bought by the fund in February this year, the house will serve multiple purposes, but one of its most important roles will be to offer abortion seeking people from all over the state welcoming and supportive cost-free lodging.

“We first thought of the idea when we heard about what Cooperation Jackson was doing,” Laurie Bertram Roberts, Mississippi Reproductive Freedom Fund’s executive director, recalled. Cooperation Jackson is a network of state cooperatives that fights gentrification and economic inequity, and purchases and remodels blighted properties across the city.

At first, the Mississippi Reproductive Freedom Fund was just looking for an office to meet with patients and provide information and support. But according to Roberts, the powerful influence of anti-abortion activists in the community made finding receptive landlords exceedingly difficult.

Soon enough, it seemed that not only was buying a house the cost-effective option given rent rates in the area, but according to Roberts, after a while it also seemed like their only option.

“We would apply for places and sometimes wouldn’t even get a call back,” Roberts said. “There was a lot of pressure from abortion opponents in the community to shut us out. Finally it seemed like we’d have to have our own place to be able to do the work we do and support women.”

But at the end of the day, it seems this injustice ultimately yielded something positive. The fund house will be a boon in the community, to host sexual health education sessions, classes about child birthing, and talks about sexual orientation. Additionally, in partnership with the Mississippi Safe School Coalition, a group that supports queer youth, the house may also help host young people who are kicked out of their homes for their sexual orientations or identities.

According to Roberts, abortion fund houses might just be the next “up-and-coming” way to maximize the support funds offer people seeking abortions. And at the end of the day, the idea should come as no surprise coming from the Mississippi Reproductive Freedom Fund with its long history of going above and beyond to offer as many resources as possible.

“The Mississippi Reproductive Freedom Fund, we really do strive to provide it all,” she continued. According to Roberts, the fund offers everything from pregnancy tests and IUDs to Plan B and lubricant, and gives funding to folks seeking abortions whether they live in Mississippi, or are coming to Mississippi from another state to have an abortion.

And what the Mississippi fund brings to the table with its new house is truly unique. Looking forward, on top of providing a refuge from vitriolic, often dangerous anti-abortion protests, lodging, and a space for education, support, and advocacy, Roberts hopes the house will give “visibility” to the “wide continuum of reproductive rights issues” that reaches beyond the typical pro-abortion vs. anti-abortion debate.

“The house shows what all our needs are, that it’s not just about having an abortion or not having one. Childcare, affordability, women’s safety, the LGBT community and poor people and people of color — it’s not simple,” she said. “Black women have some of the highest maternal mortality rates in the country. Why is that? There’s a lot of needs on that continuum of reproductive justice that aren’t being addressed.”

She hopes the house will provide the space and visibility to promote real change for everyone whose reproductive rights are under threat.

In the near future, Roberts would like to see the fund purchase two lots around the house, which it will potentially use to build more small houses or even start a community garden. She looks forward to movie screenings, pro-abortion rights get-togethers and of course, hosting and supporting people across the state with the Mississippi Reproductive Freedom Fund’s “fund shack.”